My name is Matteo, I’m 45, and even though I’ve been spearfishing since I was a little kid, this was the first freediving course I’ve ever taken. I was very happy with the course: this is an intense course where you get a lot of information and learn a lot. In fact, it would be difficult for me to summarize all the things that I have learned in just a few lines, but here are some of the major points:

If, like me, you’re mainly a spearfisherman, you’ll learn a lot of things that also apply to spearfishing. In fact, everything you’ll learn applies to spearfishing as well. More than anything, if like for me this is your first freediving course, you need to approach it with an open mind: not only most (if not all) of what you learn will directly translate into spearfishing, but the approach Ted teaches is likely radically different from anything you’ve known or done so far.

There is a lot of emphasis on safety. Throughout the class you will learn the various emergency situations you may found yourself into while diving and spearfishing, and how to respond to them. For example, you will learn about loss of motor control and blackout (just to mention two of the major emergency situations that commonly happen while spearfishing), and how to respond to each situation first on the surface, then under water, and finally at various depths, and you will practice it over and over again, first in the pool and then in the ocean.

Even though safety is paramount, the course is a lot of fun. I never cared for stating apnea, but I actually enjoyed the pool sessions a lot more than I expected. I ended up doing a 6:02 breath hold, which I absolutely never expected I would be able to do. Also, both pools were really nice; some of the nicest ones I’ve ever had the opportunity to swim or dive in.

Another point Ted likes to stress is technique. Freediving is a sport where technique is more important than being an amazing athlete. You don’t need to be an incredible athlete to reach incredible results; all you need it good technique, and the willingness to change what you think you know, learn, and improve. For example, I often experience cramping in my calves when ascending from the bottom. I always thought it was an issue with my calf muscles, but I learned that it was mainly a kicking technique issue. I learned to rely more on the quadriceps and hamstrings muscles rather than the calves, and to do wider, more powerful kicks, and that helped a lot with cramping.

As a scientist, I really enjoyed the scientific approach that Ted gives to the course. First you learn how to ventilate, how to recover after a static breath hold, and how that is different from recovering after a dive. Or you will learn how, quite often, blackout near the surface presents no discernible symptoms to the diver. Then, Ted will explain the physiology behind it, and that’s where everything suddenly starts to make sense: from the ventilation technique, to the different recovery techniques, to the physiology behind blacking out, etc…

Even though you are given a lot of information, everything happens gradually. The first ocean session was a difficult one for me, since you need to put into practice a lot of new things, and to do that correctly and in the correct order. Also, diving along a cable was something I’ve never done before. However, the second session everything started to click, and on the third day in the ocean I did some of the most enjoyable dives I’ve ever done. Even without a speargun!

Finally, Ted is not only an amazing freediver, he’s also an excellent teacher. You can tell he actually enjoys teaching and interacting with the student. He puts as much passion in his teaching as he does in his dives. It’s too bad that, at the moment, Ted can’t offer the advanced freediving course in FL, otherwise I would enroll immediately. I would definitely recommend this course to anybody. 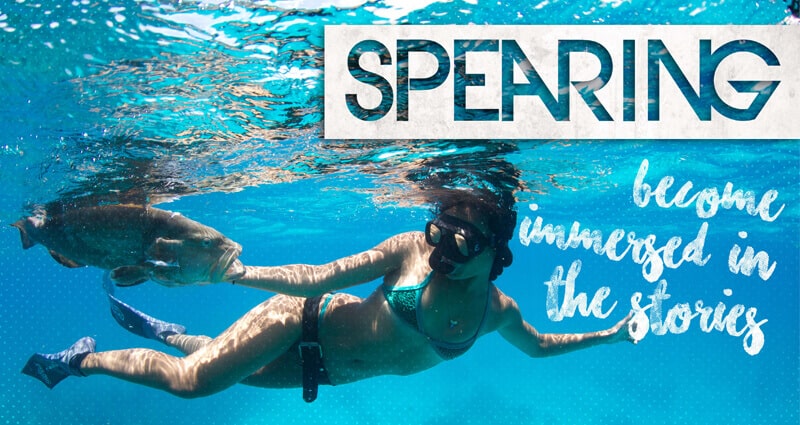