Let’s begin by clarifying that calling what Ted Harty does “teaching” is a gross understatement, the word “coaching” is a better way to describe his working style with his students, and then again, this word also falls short. However you call what a true “Guru” does is a much more accurate way to define what he does during his Performance Freediving International courses. Small groups of up to five students definitely are put through each and everyone’s individual paces as he fine tunes the multiple, and complex aspects of freediving in a way that as he puts it “clicks” before the end of the course, making it feel easy, as close to natural as it comes. The experience having learned from Ted ranks among the best ones I have personally had in my life, and I was born in 1968 mind you.

In telling you a little bit about me, a better frame of reference should be attained as to how the experience may be for you. While I have always loved water, it was only by the end of 2013 that I started swimming again on a regular basis, mainly due to the fact that a community pool was finally at my disposal. Even after starting, I had a back injury that had me flirt with loosing my ability to walk, which also set my coming into the sport a good deal behind what would otherwise have been a very smooth start. In short, you can say I have been revolving around freediving for about two years by the time I took this Level Two course, I had also taken Freediving Instructors International Level One last year with Martin Stepanek, still with some concern about my back at the time.

I am definitely not a sports person, or a fanatic of exercising, but merely a weekender type who also swims on a regular basis for general good health, both physical, and mental, but enough about me. If there is one thing I have dialed in, in life by my almost half a century of existence, it has to be that everything in life is accomplished by using a little theory, and lots of practice. The percentages may slightly change depending on the field in question, but there is always a preference about the hands on approach, the learn as you do, the learn on the job as you may, and Ted Harty definitely follows this valuable golden rate, this winning formula during his courses. It is not surprising students really improve no matter what their individual levels of freediving are at the beginning of the course. As expected some people are great performers, and some people face challenges, and the beauty of how the class developed was that everyone benefits from everyone else’s performance too. Some errors overlapped among some of us, and some were very particular to some of the individuals. The insight however was always personalized for each, and shared by everyone as well.

Safety was paramount at all times, and provided by very close supervision by Ted himself all the while all of us were also made to follow the same surface safety procedures necessary for each and every dive. The last diver would provide, and practice the safety protocols for the following diver, we all got our share of diving, and our share of providing safety for each other. Simulated rescues at depth were also fun, Ted is a big guy which makes it even more fun, and challenging, also a good actor.

One thing that I would like to mention is the fact that Ted is a mayor character; perhaps his experience as a musician permeates his demeanor in the way of a performer, which in turn make the class highly intense, and extremely engaging. Never a dull moment, not even a pause unless necessary, not a single moment of wasted time, yet at the same time all impromptu questions that arose were addressed almost immediately in a way that everything connected with sense, and in a very easy to learn way that also felt effortless.
I doubt that every course gets the privilege our class had, but we also got to taste Ted’s already legendary hand at the Green Egg, even the vegetarian student tried it, and most important, praised it. Now, I did say taste, it was no more than a little bite, one that I still taste upon recall, and that I also hope to get a chance to enjoy for good one day.
Thanks Ted Harty, may you live for ever, and continue doing the outstanding job you are doing. 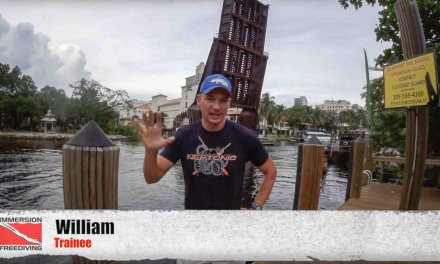 Sign up to our newsletter to get notified when the inner circle is available to the public.